Weekly Wrap Up and Stacking the Shelves #8

I have read 3 books this week, which is due to it being half term and me being at home all week too. Wish I could have done more but have been trying to entertain a 6 year old little girl all week.

The first book I have finished is Shadow Hour, I wasn't a fan to be totally honest but I will be telling you why in my upcoming review,

The 2nd one is the 5th wave. I am rather late to this party and I have been wanting to read it since I saw the trailer for the movie. I planned to read it before I watch the movie in the cinema, which is a complete fail on my part because it is now done in the cinema. I loved the book so will have to wait for the dvd now.

My 3rd book was You Were Here, I love a good YA and this one didn't disappoint. My review will be up very soon.

I have added 3 books to my shelf this week. The first one was a tread for myself. I have received the 2nd one from Titan for review so I need to catch up on the first one. 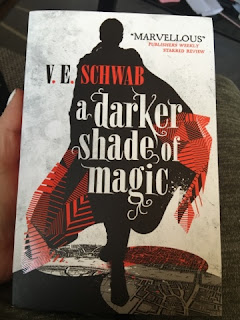 Blurb: Kell is one of the last Travelers—rare magicians who choose a parallel universe to visit.

Grey London is dirty, boring, lacks magic, ruled by mad King George. Red London is where life and magic are revered, and the Maresh Dynasty presides over a flourishing empire. White London is ruled by whoever has murdered their way to the throne. People fight to control magic, and the magic fights back, draining the city to its very bones. Once there was Black London—but no one speaks of that now.

Officially, Kell is the Red Traveler, personal ambassador and adopted Prince of Red London, carrying the monthly correspondences between royals of each London. Unofficially, Kell smuggles for those willing to pay for even a glimpse of a world they’ll never see. This dangerous hobby sets him up for accidental treason. Fleeing into Grey London, Kell runs afoul of Delilah Bard, a cut-purse with lofty aspirations. She robs him, saves him from a dangerous enemy, then forces him to another world for her 'proper adventure'.

But perilous magic is afoot, and treachery lurks at every turn. To save all of the worlds, Kell and Lila will first need to stay alive—trickier than they hoped.

The 2nd book came from Bookbridgr! And OMG look at this stunning cover. I am so so in the mood for a New Adult read. I cant wait! 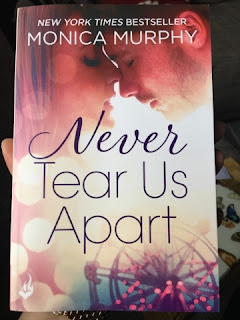 Blurb: Crazy how eight years can disappear in an instant. One look at Katie Watts, and I’m a fifteen-year-old again—the one who risked everything to save a terrified girl from her twisted kidnapper. She’s grown-up now—beautiful, quiet, composed—and telling her story to the world. A story that involves me in more ways than you can imagine. She used to call me her guardian angel. Sure, I risked my life, but she was worth dying for.

I need to make contact with her. Just to ensure that she’s safe.

Somehow we reconnect. We become friends . . . but I want more. I want to make her mine. And she wants me too. Does she know who I am? Has she figured me out? Not yet. But she will. In the meantime, I need to make sure that whatever hold that animal had on her is gone.

So, yeah, I’m stealing these moments with her. Savoring them. Knowing, dreading, that she’ll soon find out who I really am. And everything will fall apart. All because of that twisted, perverted monster sitting on death row. Her kidnapper. A convicted serial killer.

My 3rd book was a complete surprise... Thanks to Headline Books! It sounds amazing and its so so so pretty. I do love a good surprise! 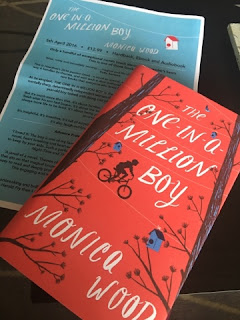 Blurb: Miss Ona Vitkus has - aside from three months in the summer of 1914 - lived unobtrusively, her secrets fiercely protected.