Weekly Wrap Up and Stacking the Shelves #29

Sadly I haven't finished anything this week. I have been out most days and I have had a poorly little girl. Also I have started Nevernight which is a huuuuge book. I am hoping to finish that either Monday or Tuesday because there is still lots left. But also I have only 3 days left at work before 6 weeks off. I hope I can manage lots of reading during my time off.

I have been so so lucky this week. Two absolutely incredible and extremely beautiful books have arrived at my house this week. The first one being Lament for the Fallen and the second one is Caraval. I couldn't be more happy about either of those and I cant thank the publishers enough! Lament for the Fallen will be out at the end of this month and Caraval early 2017. Let me tell you the future of books looks amazing. 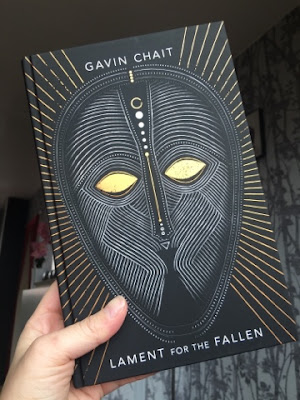 And all the while - in the darkness above - waits the simmering fury that lies at the heart of Tartarus . . . 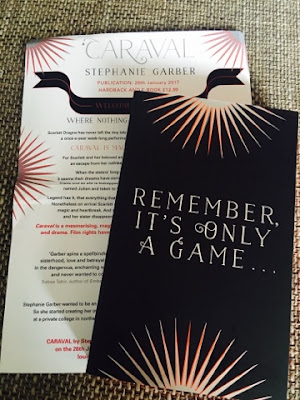 Scarlett has been told that everything that happens during Caraval is only an elaborate performance. But she nonetheless soon becomes enmeshed in a game of love, heartbreak, and magic with her sister, with Legend, and with the other players in the game. And whether Caraval is real or not, she must find Tella before the five nights of the game are over, a dangerous domino effect of consequences is set off, and her sister disappears forever.
Posted by Aggie at 18:33