Weekly Wrap Up and Stacking the Shelves #21

This week I have only finished one book. But that's ok because I am currently reading A Court of Mist and Fury and that is just huuuuge. I am hoping to finish that tomorrow. The book I have finished this week is Wolf by Wolf and while I had some reservations about that one at first I ended up loving it. My review will follow tomorrow, hopefully, if I can tear myself away from A Court of Mist and Fury that is.

Over ten years since the Nazis won the war, 18 yr old Yael has one mission: to kill Hitler - a captivating second novel from Walled City author, Ryan Graudin.Once upon a different time, there was a girl who lived in a kingdom of death. Wolves howled up her arm. A whole pack of them-made of tattoo ink and pain, memory and loss. It was the only thing about her that ever stayed the same.Her story begins on a train.

Germania, 1956. Over ten years since the Nazis won the war. 18-year-old Yael is part of the resistance, and she has just one mission: to kill Hitler.

But first she's got to get close enough to him to do it.

Experimented on during her time at Auschwitz, Yael has the unique ability to change her appearance at will. The only part of her which always remains are the five tattooed wolves on her arm; one for each of the people she's lost. Using her abilities, she must transform into Adele Wolfe, Germany's most famous female rider and winner of the legendary Axis Tour; an epic long distance motorcycle race from Berlin to Tokyo, where only the strongest (and wiliest) riders survive. If she can win this, she will be able to get close enough to kill the Fuhrer and change history forever.

But with other riders sabotaging her chances at every turn, Yael's mission won't be easy. . .

This week I have added 3 books to m y shelves and let me tell you they all have been bumped up my TBR because I am very excited about every single one of them. I feel so so honoured to have received early copies of these beauties.

Thank you to Bookbridger, Headline and Francess Gough for Every Exquisite Thing by Matthew Quick!

Thank you to Penguin Random House and Harriet Venn for the stunning And I Darken by Kiersten White. How amazing is this cover??

And also thank you to Harper Voyage and Emma Coode for probably my favourite cover in a long time, Nevernight by Jay Kristoff. High expectations for that one and so excited. 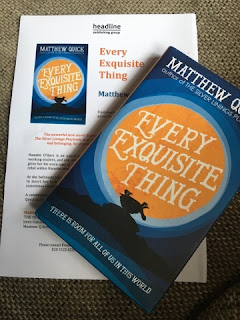 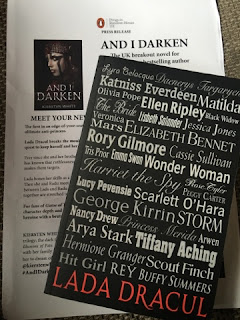 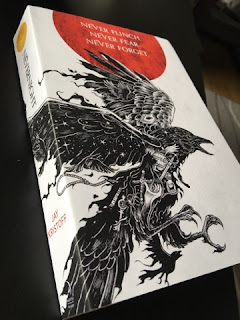