Today its my stop on the book tour for the amazing Patricia Marie Budd and her Hadrian's Rage. I am very proud to be sharing with you the Pro-Creation policies in Hadrian. Hope you enjoy! 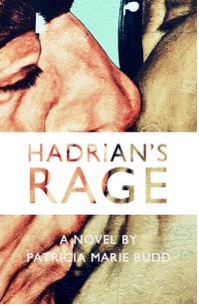 
Set in a future buried deep in excessive human population, extreme measures are being taken to quell humanity’s overwhelming presence on earth. When Hadrian was first formed the founding constitution limited the country’s population to ten million. Initially Hadrian strove for the most humane approach to controlling population growth by restricting each person to the birth of one child. Couples choosing to live together could collectively raise two children. In vitro fertilization clinics, and government-employed surrogates, were established to provided same-sex couples, intersex and transgendered citizens with the means by which to procreate. Natural pregnancies were approved for opposite sex couples and any individual preferring the ‘natural approach’. Regardless of gender or sexual orientation, all Hadrian citizens were expected to comply with the one child policy. It did not take long, though, for the natural approach to be deemed too dangerous as too many ‘natural accidents’ were occurring and these women and their spouse were refusing to abort the ‘extra’ child. Terrified of falling into the trap of unchecked population growth the more conservative forces began to see opposite sex coupling and natural birthing as the most likely means of perpetuating humanity swarming over the face of the earth. Thus it was decreed that every woman, whether the genetic mother or a government surrogate hired to bear the child for the barren, men or transgendered citizens, becomes pregnant through in vitro fertilization. Hadrian’s procreation laws were amended making ‘natural pregnancies’ illegal. Any woman found to be pregnant outside of government controlled in vitro fertilization clinics was required by law to abort. Once this law was in place it was only a matter of time for opposite sex coupling to be deemed immoral. Eventually it came to pass that opposite sex coupling itself was a danger to world population and all forms of heterosexual behavior became illegal in Hadrian. 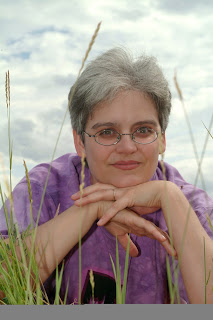 Patricia Marie Budd was born and raised in Saskatchewan, Canada. In her early twenties she studied mime in Toronto, Ontario, Canada (1983/84) and then later renewed her interest in physical theatre by studying with Phillip Gaulier in London, England (1996/97). As a result of her extensive training in drama much of Patricia Marie Budd’s writing is theatrical in nature. Patricia has self-published three novels thus far: A New Dawn Rising; Hell Hounds of High School and the highly acclaimed Hadrian’s Lover. Patricia’s fourth novel Hadrian’s Rage, will be released May 3, 2016. Her current residence is in Fort McMurray, Alberta, Canada where she has been teaching high school English since 1991.