Review: The Girl Who Cried Wolf by Bella James 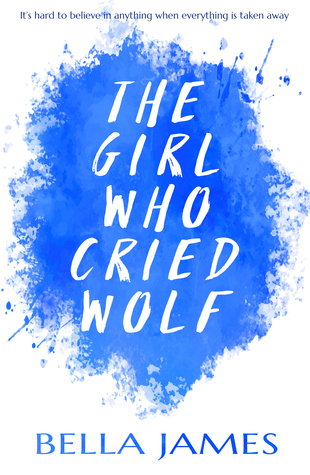 A growing up story with a difference, and a startling debut, The Girl Who Cried Wolf shows the tumultuous transition from teenager to young woman and is a story about believing in something, whether love, faith or simply yourself.

Anna Winters is beautiful, reckless and entirely self-absorbed. She spends more time thinking up reasons to call in sick to school than she does studying for her A levels. She shies away from her family, from responsibility – from anything in fact that doesn’t involve peach cider and endless parties with her friend Jules.

Anna assumes that her headaches are an inconvenient symptom of her wild lifestyle, until a doctor tells her that she has cancer…

As a terrifying black cloud descends upon her, Anna finds solace in Michael, another patient in the oncology ward. Michael shows Anna a chink of light in the darkness and sees beauty behind her illness and loves her sassy wit. He makes Anna forget she is ill.

Michael recovers; but Anna’s prospects worsen. And in emergency surgery, as she hovers between life and death, she is given a stark glimpse of why her life is so broken, and as she realises the simple fulfillment of being truly content, fears it may now be too late…


I really wanted to love this book. From the blurb I fully expected this to break me and read like the fault in our stars, but that didnt happen for me. While the raw story is a good one and should break your heart, in truth I failed to really connect with this story and its characters.

This is the story of Anna, who is a reallz angry girl, always missing school and coming up with planty of reasons. Instead she much rather gets drunk and shies away from any responsibilty. She never really worried about her headaches, thinking those could be the result of hangovers and lack of sleep. But when she is forced to have a medical check up she gets the worsed possible news, its cancer. During the hospital stay she falls for a boy in recovery.

I am just really unsure if I liked Anna or not. She is always so angry. even when she is faced with something good and happy she still moans and turns it into a negative. And while i unserstand she is going through the most horrible time in her life I failed to see her progress in her behaviour.

I enjoyed the story of her family. The struggle her mother went through was heartbreaking. Anna's sister was a favourite of mine. But it didnt save the story for me.

What disspointed me the most was that even the story between Anna and Michael wasnt very heartwarming. He felt almost like an afterthought to the story and I literally failed to see the moment when they fell in love. He was just suddenly there.

If I could have emotionally attach myself to the characters and the story this would have been wonderful. Instead it felt like a list of events, time passing to fast and switching from one big event to another.

Honestly I am gutted. I did manage to finish this book, which means I honesty didnt hate it but I didnt love it. Such a shame too.

Its worth noting the copy I have received wasnt the final edit and that maybe some things will come accross in a slightly better light once its finished.

Thank you to Accent Press for my copy of this book.

The Girl who cried Wolf will be out 15th September.
Posted by Aggie at 15:25