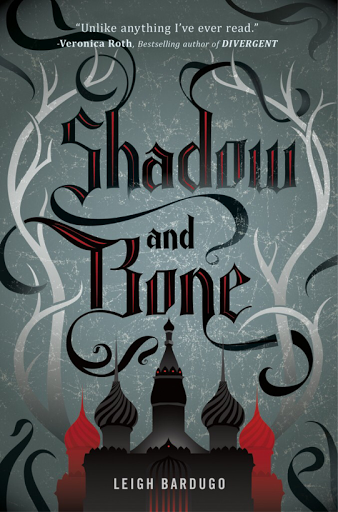 Shadow and Bone is the first installment in Leigh Bardugo's Grisha Trilogy.


Why did it take me so long to pick this up? I honestly don't know. I won't make this a super long review either because let's face it, this books has been out a long time and reviewed by many. But let me tell you this. I have very much enjoyed reading this by the pool on my summer holiday. Books like Shadow and Bone are the reason why I love this genre so much. While it almost always uses the same sort of raw story line (often including a girl that discovers her powers and some sort of love triangle) they always decorate it in a very unique way and Leigh doesn't disappoint. The world building is amazing, all surrounding Grisha and Russian folklore. I genuinely think there is no better world building then the one in young adult fantasy and here is another one I enjoyed very much. While I could sort of guess where this is going to end in the love department it didn't stop me from enjoying the story. My favourite character has got to be Mal even tho I wish he'd opened his eyes a lot sooner. At the start of this story I really had some reservations towards Alina, I mean come oooooon surely she couldn't be so easily blinded? But she did grow on me and I think there is some amazing things in store for her in the future. And I do love myself a good villain, so thank you Leigh for giving us the Darkling.

All in all this has been a superb read, a good a solid YA fantasy that can hold its own between all the other ones out there. It was a rather easy flowing book that was absolutely perfect for me while lounging in the sun. And at 99p in the kindle store a total steal and probably the best 99p I've ever spend. I was totally hooked and I am very excited for the next book.

I wish I had started reading Leigh's books much sooner. I am very much looking forward to sinking my teeth into her new series, but I didn't want to touch that until I have read this one first. Honestly glad I've made this decision, it would have been a shame to have missed out on this little gem.