Blogtour, Extract: Sunkissed Carys Jones ... plus a giveaway too!

I am very proud to be part of the Sunkissed Blogtour. Today is my stop and I have an extract from the book for you.

But first of all here is a little something about the author.

About Carys Jones
Carys Jones loves nothing more than to write and create stories which ignite the reader's imagination. Based in Shropshire, England, Carys lives with her husband, two guinea pigs and her adored canine companion Rollo.

When she's not writing, Carys likes to indulge her inner geek by watching science- fiction films or playing video games.

She lists John Green, Jodi Picoult and Virginia Andrews as her favorite authors and draws inspiration for her own work from anything and everything.

To Carys, there is no greater feeling then when you lose yourself in a great story and it is that feeling of ultimate escapism which she tries to bring to her books. 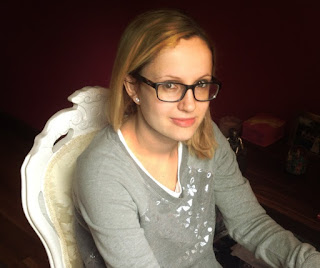 And here is the beautiful cover. 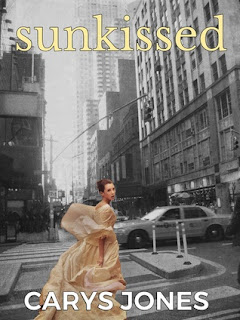 Blurb: Dawn Summers is dying. It’s 1853 and as the seventeen year old continues to fade away she has visions of the father she never knew, urging her to fight for her life.

In the small village of Fandova the only medical care is in the form of the mysterious Dr. Moralus who has a known penchant for bloodletting. Thomas, Dawn's fiancé, is warned against inviting his intervention, but feels he has no choice, he pleads with the doctor to save Dawn’s life…whatever it takes.

And last but not least here is an extract from the book to get you all excited, enjoy!


"She’s dying, isn’t she?" the words were delivered more as a statement than a question as Thomas Weeville knelt at the bedside of Dawn Summers. He looked up into the eyes of the mother of his future bride and saw they were fearful, yet solemn.
"We have abandoned hope," Eileen Summers admitted, unable to shed tears for her dying daughter as her own body had relinquished all the liquid it held through falling tears during the young girl’s arduous battle against a sickness which fought her for her soul.
"No, we cannot," Thomas said desperately, cupping Dawn’s hand in his own. Her fingers were like ice, drained of any previous warmth, and they hung limply in his palm, devoid of energy. "Dawn can fight this, I know she can. She is strong."
Eileen Summers gave the boy a pitying glance. If only he would accept the inevitable fate that awaited Dawn he would save himself countless hours of pain. She had noticed the strange gait with which he now walked was attributed to the days he spent knelt at the altar of the modest village chapel, begging for leniency towards the woman he loved, begging for a miracle.
"It is God’s will." Eileen said the words and they stabbed at Thomas like a knife. He wanted to scream at her that God was now dead to him. What sort of God let someone as wonderful and spirited as Dawn suffer and ultimately fade away? Thomas had prayed until his hands and knees were raw, but his pleas went unanswered. As Dawn’s life drifted away, so did his faith.
"I won’t give up on her," Thomas said defiantly, strengthening his grip on Dawn’s weak hand. He heard Eileen sigh in the doorway before leaving the room. She did not understand Thomas' pain. She had two other daughters and had already lost three to some of the harsher winters of the past few years.
***
In the small room of the log cabin the fire spat and crackled, warming the air all around. Thomas leant his head on the bed and let his eyes close as he listened to the laboured rise and fall of Dawn’s chest. Her breathing was heavy but regular, which he knew was a good sign. He would be able to rest a little, safe in the knowledge that this night was not that when death would be coming for her.


This is where you can grab a copy of Sunkissed:

And there is even a giveaway for you :)

a Rafflecopter giveaway
Posted by Aggie at 08:00