Review: The Fate of the Tearling by Erika Johansen 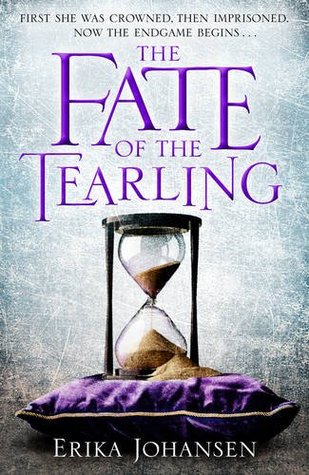 What an absolutely amazing finale and what an incredible adventure this series has been. In the last instalment of this three book series Kelsea is a prisoner in the hands of the Red Queen,by her own choice I might add. The Mace is currently Regent in her place. But while the Mace has been entrusted with a task in her absence he is also planning to get the Queen back. While being held captive Kelsea has once again visions of the past, this time a generation later then her previous ones. But what can she learn from her visions and how can it help her and her realm?

With every book this story just got better and better. I had very mixed feelings about the first one, I really liked the second one, but this one, I bloody loved. Kelsea has grown into this incredible monarch, a fair and likable leader. While it was a bit of a bumpy ride and I didn't always like her choices I finally fully respect and like her. Kelsea's ties to the past have been very curious and it was amazing to finally see where it was leading all along.

The build up to the end of this story has been incredible and I must say what a incredible ending it has been. I did not see that coming at all, but damn if I didn't enjoy it! Not only did it have a satisfying ending for Kelsea but for many other characters in the book too.

I should mention that this is not your standard fantasy involving romance. Far from it, which is one of the reasons why I like it, but a very well thought out and often visual story. Its dark in some parts and it really gives you something to think about.

This is a very intense read with outstanding world building and some perfectly thought out characters. It's writing at its best. In a way Johansen created a world build on the mistakes of our today.

I am sad it is all over now but also very grateful for the emotional rollercoaster and the adventure.

The Fate Of The Tearling is out TODAY!

Thank you to Bantam Press for the pleasure of reading this book in advance.