Review: The Passenger by Lisa Lutz 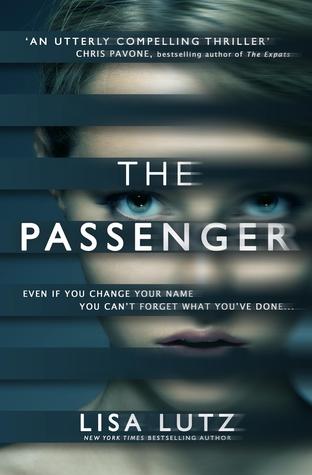 Tanya DuBois doesn’t exist. At least not after an accident leaves her husband dead and thrusts her into the uncomfortably familiar position of Suspect No. 1. She has only one choice: Run.

As “Tanya” watches her life recede in the rearview mirror, we realize she was never real to begin with. And neither is Amelia Keen, Debra Maze, Emma Lark, Sonia Lubovich, or a girl called only Jo. Or almost any of the things she tells us about herself, her past or where she is going next. She is “Amelia” when she meets Blue, another woman with a life she’d rather not discuss, and thinks she’s found a kindred spirit. But their pasts and futures clash as the body count rises around them.

Shedding identities like snakeskins, it becomes impossible for the people in Tanya’s life – and even herself – to know exactly who they’re dealing with. It’s only as she comes closer to facing her past that she can start to piece together the truth about not only who she was but who she can still be. THE PASSENGER inverts the traditional thriller, bypassing whodunit for the larger mysteries of who are you, and what is forgivable, and what is not?

This is my first Lisa Lutz book but I was very eager to read this after the promising blurb. Now I don't read a huge amount of thrillers and suspense but I know a good one when I see it. And this one most certainly is a good one.

Tanya finds her husband Frank dead at the bottom of their stairs. She didn't push him in case you are wondering, however Tanya has no other option but to run away, because Tanya is not really Tanya. Already on the run from one past she is now forced to move on and find a new identity. Calling in a favour by a mysterious Mr Oliver she starts from fresh in a new place. There she starts a friendship with Blue who seems to have just as many secrets as herself. But how long can she stay in one place before she has to move on once again?

Forever on the run she is forced to always look over her  shoulder and live with the fear of discovery. This is a great story about a women on the run from the past. What is amazing is that we not only have no way off guessing where her story ends but also where it began. What has happened back home that has forced her to run away? How much will living on the run change her? Can she ever be herself again?

I thoroughly enjoyed reading this book. It was exciting from page one till the very end. Completely thrilling and absolutely unpredictable. This book is filled with many surprises. If this was a movie it would have made me jump numerous of times. Brilliantly written with a incredible main character and well thought through plot. Will have to look up some more books by Lisa Lutz now.

Thank you to Titan Books for my copy in exchange for my honest and fair review.

The Passenger is out now!
Posted by Aggie at 14:22